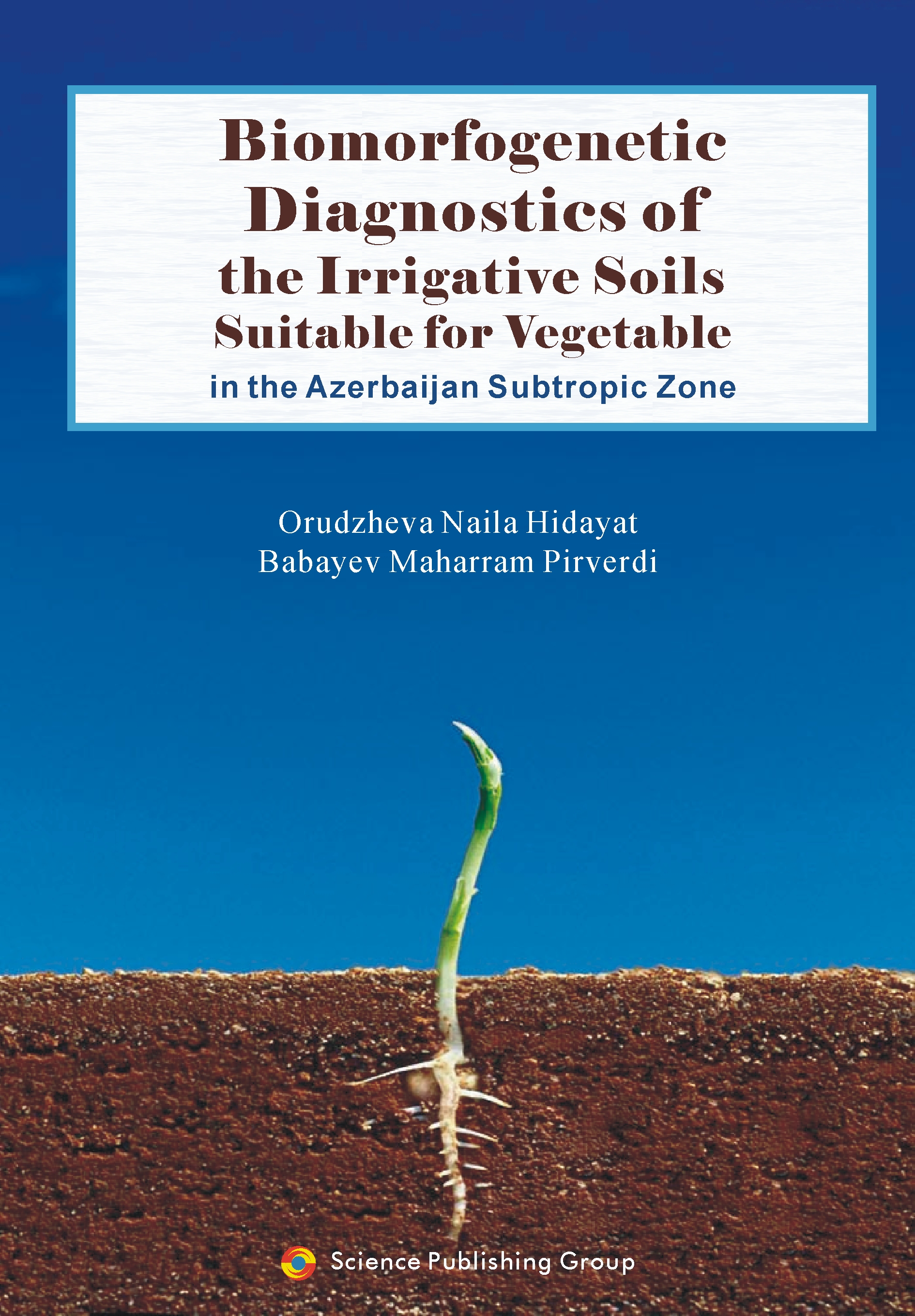 Babayev Maharram Pirverdi was born on 13.01.1937 in C. Barda, Azerbaijan. He graduated from Faculty of Agronomy, Azerbaijan State of Agrarian University. He works as the director of Institute of Soil Science and Agrochemistry of National Academy of Sciences in Azerbaijan. He is an academician who is studying the Republic’s soil genesis, present nomenclature and classification, theoretical basis of the anthropogenic influence of irrigated soils and soils degradation. He has more than 340 published scientific works.
Description
The soils profile and soil classification (in WRB) are given according to the irrigative soils genetic layers of the subtropik zone (arid, semiarid, humid-subhumid) in the presenting monograph. Besides this is a work of ferments activity ( invertaza, ureaza, phosphataza, catalaza, dehydrogenaza) under growing plants on the constant tillage and on crop rotation, biochemical process intensity (soil nitrification and ammonification ability, shattering intensity of carbon gas which is separated from soil and cellulose that replaced in soil profile) and study of the microorganisms quantity in the gleyey-yellow soils of the Lenkoran region and alluvial meadow-forestry soils of Guba-Khachmaz region, grey-meadow soils of the Shirvan plain, irrigative grey-brown soils of the Absheron zone. Biodiagnostics of the irrigative soils according to the biological indicators in comparison with the raw versions and constant tillage on crop rotation of the subtropik zone was given on the basis of factual figures at first, an integral parameters of the soils biological state has been defined on the basis of the complex biological indicators, biological estimation has been conducted, a necessity of the tillage schemes application which have been based on scientific side according to the soil biological estimation.

The monograph was a product of the scientific-research works which have been carried out in the regions differing from each other according to the soil-climate condition in 1985-2005, it is intended for specialists, soil scientists, agronomists, the persons who are busy with the soil biology. The author expresses her gratitude to the readers for rebukes and offers about monograph.
PUBLICATION SERVICES
Journals
Special Issues
Conferences
Books
Copyright
JOIN US
Join as an Editor-in-Chief
Join as an Editorial Member
Become a Reviewer
Qualification & Requirement
Benefits & Responsibilities
RESOURCES
Open Access
For Authors
For Librarians
For Booksellers
Article Processing Charges
SPECIAL SERVICES
Download Certificates
Recommend to Library
Ordering from SciencePG
Subscribe
ADDRESS
Science Publishing Group
1 Rockefeller Plaza,
10th and 11th Floors,
New York, NY 10020
U.S.A.
Tel: (001)347-983-5186