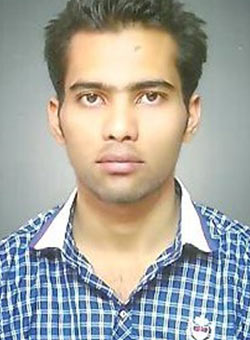 Yadawananda Neog
Department of Economics, Banaras Hindu University, Varanasi, India
Guest Editors
Introduction
Asian countries are leading the growth trajectory of the world in recent decades and elite financial institute like IMF and World Bank predicted that this tremendous performance will sustain for a few more years. According to the IMF, Asian countries will lead the global growth story with strong growth projected at 5.6% in 2017 and 5.5% in 2018. One dominant side of literature believes that the adoption of economic reform in the late 20th century by most of the Asian giants is the driving force for rapid growth and development. Globalization not only integrate the markets and the production process but also bring various concerns regarding its impact on macroeconomic policies, negligence of agriculture sector, persistent of poverty and inequality, the involvement of global value chain, market stability, structural transformation, unemployment, and the role of the government etc.
Monetary and fiscal policies are the two major macro-economic policies to maintain economic stability and proper distribution. Globalization and its consequences on domestic markets and price movements raise several issues for both monetary and fiscal policy. In this regard, activities of the government and central bank in an open economy to maintain sustainable development progress of a country are now highly debatable issue in the academic domain. Global Financial Crisis again centered the role of regulation in an open economy.
Globalization also laid down the foundation for the debate of growth inclusiveness. Rapid growth in Asia has been accompanied by a significant reduction in poverty as well as a significant increase in income inequality (UNDP). Nevertheless, it is a great matter of concern that, the growth rate is accompanied by increasing inequality. It is evident from the various empirical analyses that the reduction of poverty has become a very difficult task to achieve due to the rising inequality. Dealing with these inequalities would not only raise social justice but it could also provoke inequality-deadening inclusive growth.
Competitiveness in the agriculture sector with services, manufacturing, etc. and mobility of the workforce towards market-oriented economies after globalization leads to unremitting fall in the agricultural production environment. One key issue of agriculture is related to the productivity of agricultural products which is cost-inefficient in most of the Asian countries. The continuous increase in agricultural input prices and agro-processing gap creates the difference between cost and returns (profit) for growers. Intensive use of chemical fertilizers is another factor which influences the cost as well as the sustainability of agricultural production, so that concern of agricultural productivity with consideration of cost efficiency and sustainability of farmland should be discussed in this region.
Globalization also integrates the financial markets of the world and cross-border capital flow and assets holding. A globally integrated financial sector helps to examine the consequences of countries changing balance sheet and its role in the transmission of global financial shocks, and the potential benefits which derives from financial development. Since the economic growth in Asian economies largely dependent on the financial sector, and several approached need to be taken to study the nexus between financial globalization and economic growth. On the other hand, a higher degree of bank competition is perceived to be conducive for the efficiency and productivity of the financial sector of an economy. Bank competition is also partly responsible for the global financial crisis and the Asian crisis and policymakers are of the opinion that greater bank competition induced more risks in the financial markets. Theoretical arguments made in this regard to justify that strong regional financial development and proper regulation of the monetary policy can ensure significant economic growth, even bank competition turns out to be higher.
Therefore we are interested in examining the issues related to economic reform and development process of Asian countries.
Aims and Scope:
Guidelines for Submission
Manuscripts should be formatted according to the guidelines for authors
(see: http://www.sciencepublishinggroup.org/journal/guideforauthors?journalid=173).