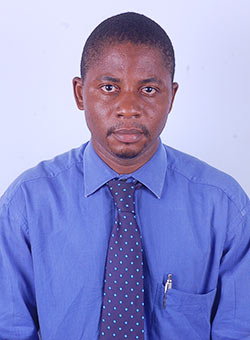 Adewale Adekiya
Bayero University, Kano, Nigeria
Guest Editors
Introduction
Two major outcomes that have consistently featured in the global labor market in recent times are increasing rate of job loss in addition to its accompanying feelings of job insecurity among those still employed (Sora, Caballer & Peiró, 2014). Thus, a closer observation of the drivers leading to this situation have revealed two core paradigms: (1) the economic turbulence in major areas of the world (Wellman, Ashford, Lee & Wang, 2016); (2) increasing use of new technologies such as robots and automation, and continued merger and acquisition activity which have automatically eliminated many critical job positions (Brynjolfsson & McAfee, 2012). Although, the main objective of organizations while employing these measures is to increase productivity while also improving their cost structures and profitability, research has however shown that performance indicator rather diminishes than improves following downsizing (Datta, Guthrie, Basuil, & Pandey, 2010; Miana, González-Morales, Caballer, & Peiró, 2011; Smith, 2013). In response to this, Niesen, Van Hootegem, Vander Elst, Battistelli, and De Witte (2018) have declared that this deterioration in organizational performance may be attributed to felt job insecurity at the level of individual employees during the restructuring as well as in the post-restructuring period. This is as a result of the fact that (1) perceived job insecurity is expected to manifest in poor job attitude and a corresponding decrease in job related efforts (De Witte, Pienaar, & De Cuyper, 2016). And (2) Greenhalgh’s (1983) job insecurity theory, have indicated that employees who experience threats to their job security will have poorer work attitudes, diminished adaptability and productivity. Notwithstanding, as theoretically grounded as these assumptions may seem to be, Unfortunately the empirical findings in this regard are far less straightforward and equivocal (De-Cuyper, Schreuer, De-Eitte and Selenko, 2018). With some studies providing evidence of positive relationship, while some others are of the view that the relationship is negative. These inconsistencies in findings have been attributed to the influence of competing mediators or the influence of certain moderating variables while some studies have even suggested that the relationship is U-shape thereby providing a fruitful ground for further researches in order to provide more understanding in the area.
Aims and Scope:
Guidelines for Submission
Manuscripts should be formatted according to the guidelines for authors
(see: http://www.sciencepublishinggroup.org/journal/guideforauthors?journalid=176).