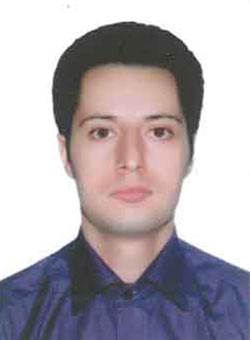 Professor Prof. Dr. Hamed Daei Kasmaei
Department of Applied Mathematics and Computer Science, Islamic Azad University,Central Tehran Branch, Tehran, Iran, Tehran, Iran
Guest Editors
Introduction
A magnetar is a type of neutron star believed to have an extremely powerful magnetic field. The magnetic field decay powers the emission of high-energy electromagnetic radiation, particularly X-rays and rays. The theory regarding these objects was proposed by Robert Duncan and Christopher Thompson in 1992, but the first recorded burst of gamma rays thought to have been from a magnetar had been detected on March 5, 1979. During the following decade, the magnetar hypothesis became widely accepted as a likely explanation for soft gamma repeaters (SGRs) and anomalous X-ray pulsars (AXPs). The aim of this special issue is about publishing papers related to concept of magnetars and stellar objects in Cosmology and to inform latest knowledge about stellar objects and its importance in both astrophysics and knowledge of Cosmology. An astronomical object or celestial object is a naturally occurring physical entity, association, or structure that exists in the observable universe. In astronomy, the terms object and body are often used interchangeably. However, an astronomical body or celestial body is a single, tightly bound, contiguous entity, while an astronomical or celestial object is a complex, and less cohesively bound structure, which may consist of multiple bodies or even other objects with substructures. Examples of astronomical objects include planetary systems, star clusters, nebulae, and galaxies, while asteroids, moons, planets, and stars are astronomical bodies. A comet may be identified as both body and object: It is a body when referring to the frozen nucleus of ice, dust and an object when describing the entire comet with its diffuse coma and tail. Young stellar object (YSO) denotes a star in its early stage of evolution. This class consists of Two groups of objects: protostars and pre-main-sequence stars. Therefore, phenomenon of stellar objects talks about formation of Stars at the beginning of forming universe. Also now, study of stellar objects helps to understand more concepts in the universe such as the reason and nature of forming Black holes and other related aspects in Astronomy and generally in cosmology. In mathematical description, Exact solutions are obtained by considering neutral anisotropic matter with a linear equation of state consistent with strange quark stars. The field equations are integrated by specifying forms for the measure of anisotropy and a gravitational potential, which are physically reasonable. The first class generalizes the familiar earlier Einstein model and we can set the mattervariables to vanish with constant gravitational potentials a condition consistent with Minkowski space-time. The second and the third class of our solutions are non- singular with the gravitational potentials and the matter variables well behaved. In fact, we have summarized whole subject that is related with other topics in research domain of stellar objects and research in astrophysics also will be continued due to every new discovery by astronomers that needs technical analysis to investigate about different types of stellar objects and other masses pertaining to them.
This special issue has focused on Stellar Objects, mathematical models, modeling, simulation, Applications, Trends, Technologies, and Open Research Problems and is not limited to these topics mentioned above and it can be found more research areas in this domain lf technology for all researchers and scientists who work and do research extensively in these professional fields. All authors and scientists are welcomed and acknowledged to send their working papers, ideas and their solutions to be reviewed and probably published in this special issue of Science PG with high quality format of presentation, structure and expressing goals based on clarity of subject and explanation of Its details.
Aims and Scope:
Guidelines for Submission
Manuscripts should be formatted according to the guidelines for authors
(see: http://www.sciencepublishinggroup.org/journal/guideforauthors?journalid=302).